Addressing the challenges of autonomous driving

The term autonomous driving is a complex area which spans a range of capabilities from fully autonomous to shared control with the driver. To help classify the different autonomous capabilities the Society of Automotive Engineers has defined several levels which outline the autonomy:

Each of these different modalities provides data on the vehicle’s overall environment; forming a complete picture requires the autonomous vehicle fusing these elements together. The different sensor deployments and modalities will vary depending upon the level of autonomy being implemented. However, cameras will be used for applications such as lane keeping assistance, blind spot detection and traffic sign recognition, while RADAR implemented as Frequency Modulated Continuous Wave (FMCW) may be used to determine the distances to objects. For levels two and above, the ability to comprehensively understand the vehicle’s environment is crucial. This enables the vehicle to identify its location and surrounding obstacles allowing safe navigation. Understanding of its environment is obtained using camera, RADAR and LIDAR along with global positioning system (GPS) data. GPS data on its own cannot be relied upon as its accuracy varies, while also being easily blocked by buildings and infrastructure.

Understanding their environment and taking actions are key enablers of the autonomous capabilities.  Both lives and the environment are at risk as the result of an unintended operation or action at all six levels. As such, autonomous capability must be developed within a framework which ensures safety of the design and all its elements. Developing according to ISO26262 is an absolute must for autonomous vehicles. This standard provides a framework which, if followed, ensures safety, defining several Automotive Safety Integrity Levels (ASIL) along with their allowable failure rates. Autonomous driving solutions will also be subject to a range of harsh environments once deployed in markets around the world. To ensure systems operate across these environments, automotive grade components require extensive qualification and certification to and beyond AEC-Q100. 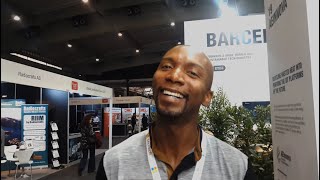